Great news. According to plan, Joomla 1.7 has been released today, you can get it on Joomla.org. Major enhancements in the new version include: the ability to define custom search presets, better protection against form manipulation through automatic validation, language specific font settings, and more. Upgrading is painless and takes you only ONE CLICK. 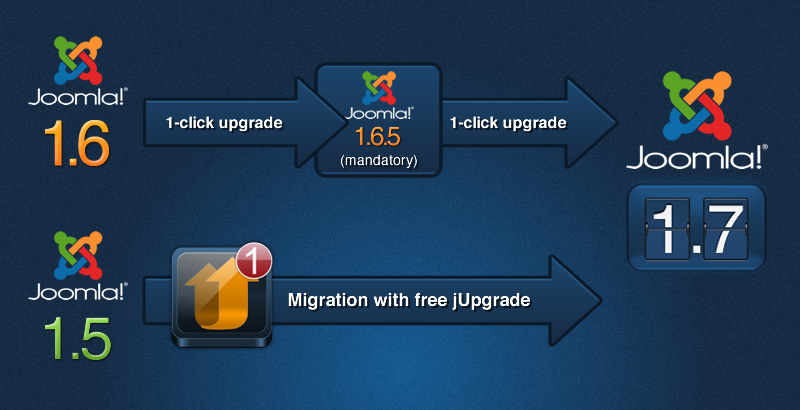 With Joomla 1.7 the user community placed a large emphasis on making the CMS installation process as simple as possible and new versions more frequent. This will allow users to more easily and frequently migrate to the latest version of Joomla, and take advantage of all the security benefits [...]

Take a look at this Joomla release cycle graphic (thanks @SanderPotjer, joomlacommunity.eu).

Starting from August, we will release both Joomla 1.5 and Joomla 1.7 templates, and discontinue releasing J1.6 templates. Previous templates will be successively upgraded to be compatible with J1.7.