The "20 New Things: Joomla 2.5 vs. Joomla 3.0" article written by Hung Dinh originally published in Joomla! Community Magazine has pin-pointed the 20 things that are worth taking note for Joomla 3.0, which was recently released on September 27th, 2012 with significant updates and major developments.

Yup, Joomla is now officially responsive – mobile device ready, due to the help of Bootstrap . The front-end will have the responsive built-in feature, the back-end also inherits this tweak. You will NOW officially be able to get your site under control even when you are ”on-the-go” with just a mobile device! 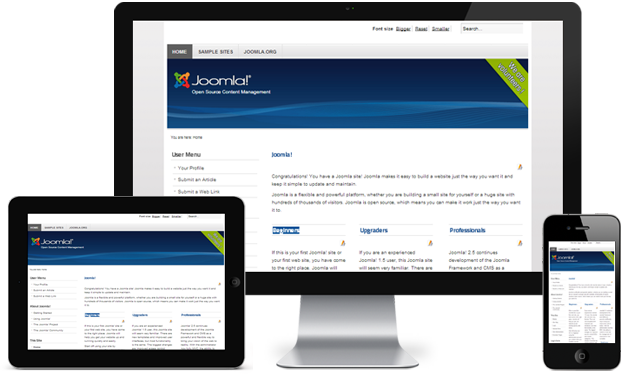 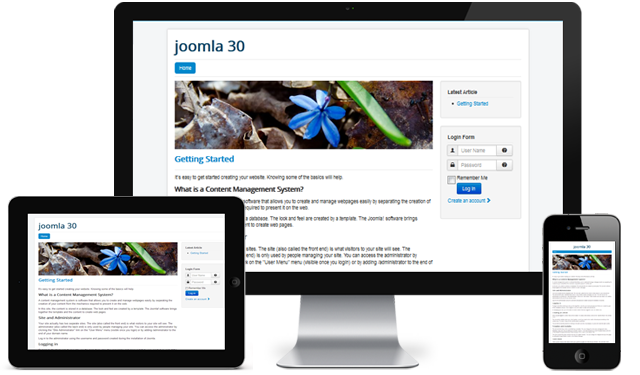 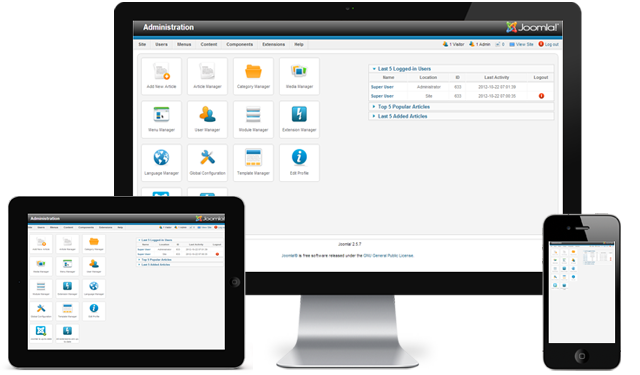 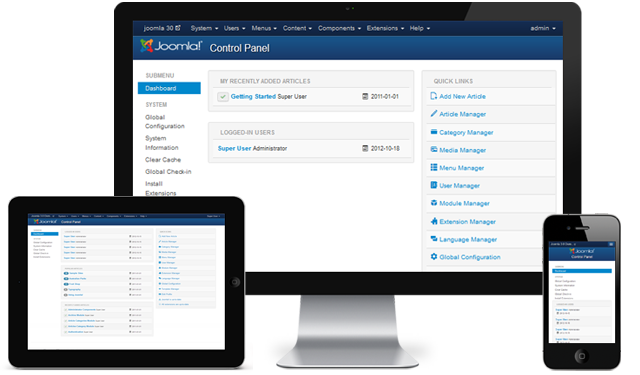 2. Without bootstrap vs. With bootstrap

The big word for Joomla 3.0 is Bootstrap . With basic CSS already integrated into Joomla 3.0, it is aiming for a much better UX for the end-user. 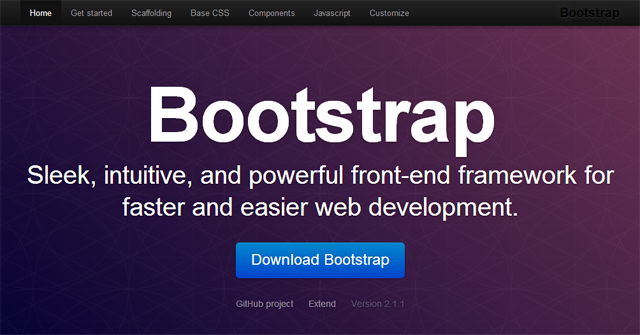 LESS is a dynamic stylesheet language designed by Alexis Sellier and has recently been integrated into Joomla 3.0. The development of a template has significantly changed by the use of LESS . All the website templates and backend will include /less directory and template.less files. Those two are meant for importing both Bootstrap and JUI (less files and media/jui/less files). That enables the template designers to define which file should be applied to their template, and which one will be imported to the LESS JUI.

4. Without JUI vs. With JUI (for Extension Developers)

The Joomla User Interface (JUI) library provides a common set of tools that enables component developers to share a common ground of elements, drastically reducing time in coding, without having to innovate and create their own library but still having a clean, nice looking interface. In addition, the loading time is dropped dramatically for users who are surfing around from one Joomla 3.0 site to another, as the javascript and css files are already loaded, adding an extra fast loading speed for the Joomla 3.0 CMS.

5. The Mambo days vs. the Great UX

No longer will you be bored with the old-fashioned interface, Joomla 3.0 did a major improvement on UX that would amaze and make all of us – the fans – fall in love all over again, starting with:

6. 7 steps vs. the faster 3 steps installation

Right off the bat, you will immediately feel the ”difference" in UI of the complete redesigned installation screen in Joomla 3.0. The installation process is now simplified in only 3 steps compared to the 7 steps procedure we had with joomla 2.5. 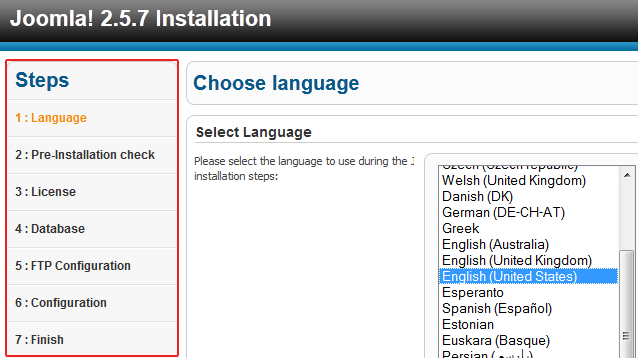 The 3 steps installation for Joomla 3.0

The installer will auto-detect your language from your browser and the "Yes | No" option is now designed in a color coded button: Yes (Green) | No (Yes)

vs. New design for your Yes | No button

In this new version, Joomla supports five sample data sets instead of only three in Joomla 2.5. 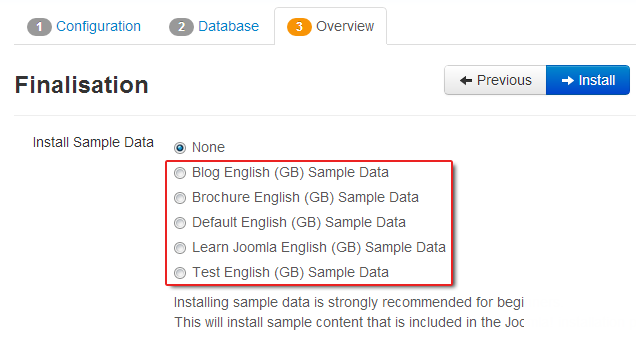 Get the installation settings sent to your inbox

In the back-end, you’ll find a completely refreshing look and feel starting with the Article Manager which now includes a better organized filtering system with more options available, and better defined icons. 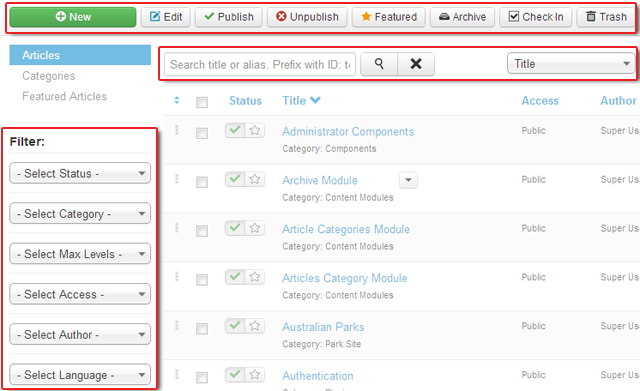 Article edit screen has had its own redesign with Publishing Options, Article Options and Metadata Options tabs moved from their usual right panel to the top, the text editor is now up-front and centered. 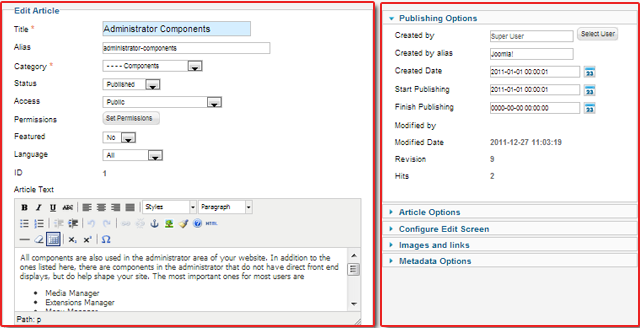 vs. Article edit screen in Joomla 3.0

Now you don’t need to bother creating a “guest” level group in Joomla 3.0. It is now available as default upon installation. 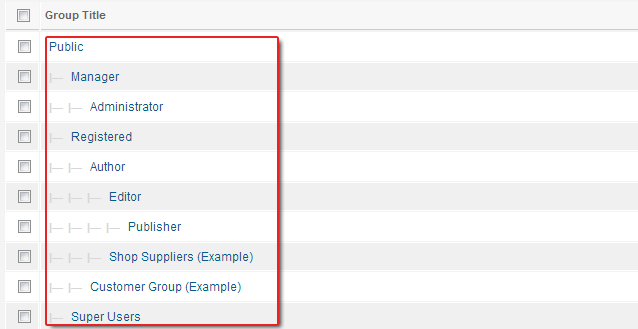 There is no sign of Guest user group upon the complete installation of Joomla 2.5

Guest user group is present as default in Joomla 3.0

This new responsive minimal front-end template – Protostar – powered by Bootstrap that you’ll find to be versatile and it is simple to customize the template colors by taking advantage of the color picker. Google fonts are allowed in Protostar with a parameter for your heading tag (h1-h6) and site title. You can toggle on or off the parameter in deciding whether or not to use Google fonts for your site, meanwhile that means you are giving up a wide range selection of 500+ google fonts to choose from. Protostar also has a completely natively clean bootstrap customized grid-layout look, it sets a new standard for Joomla template itself. 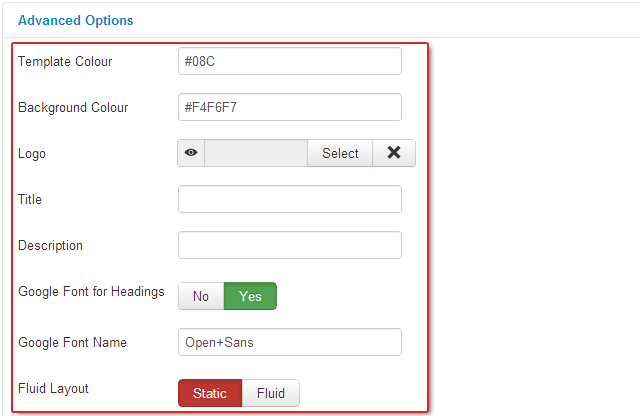 Protostar offers a variety of customisation options for users

If you would like the traditional look for the front end, an updated Beez3 template is the other template option which is still available.

The new Platform has removed numerous deprecated classes and methods from version 11.4. However, for extensions developers, your components would require reasonably small changes for compatibility with Joomla 3.0. It is advised to stop using deprecated classes as they are meant to be removed in a future version anyway. Several changes in extensions installation (usage of <extension> base tag in replacement for <install> stop supporting install/uninstall scripts, com_install/com_uninstall methods in promoting the usage of scriptfile instead, etc...), components (admin.*.php and toolbar.*.php are no longer supported), classes (renamed JFTP as JClientFtp, JLDAP as JClientLdap, JWebClient as JApplicationWebClient, removed and adjustment to number of classes), plugin events (onContentBeforeSave event receives $article by value not by reference as well as onContentAfterSave event), and etc... More details are listed at Joomla Documentation section.

Joomla 3.0 is packaged with JQuery in the core. Though the Mootools option is still available in the back-end, it will be initially available for the sake of backward compatibility and is no longer the primary javascript library interface.

Thanks to JQuery, Joomla 3.0 finally supports a Drag & Drop sorting feature in the back-end.

Remember the time when we have to re-order it "manually" in Joomla 2.5?

Say "yes" to the new Drag & Drop feature for sorting elements in Joomla 3.0

The advanced module settings allow you to modify: 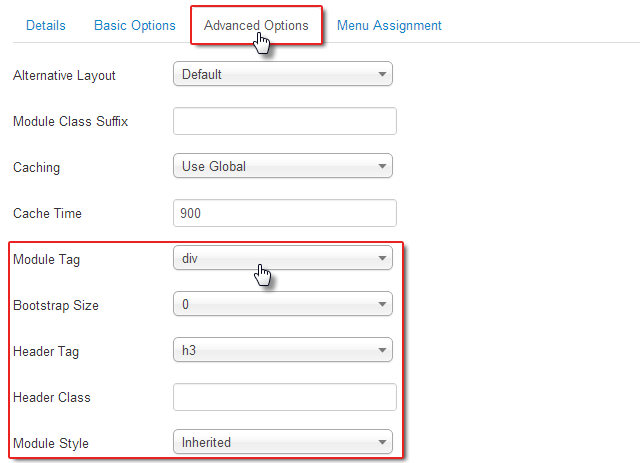 Your usual and limited module settings in Joomla 2.5

Switch the feed management from SimplePie to JFeed to get rid of several existing strict error, due to the fact that Simple Pie has been quite old and no one has really done any update on its library for a while now. On the other hand, Simple Pie’s users are confronted with its crucial errors and lack of flexibility for the current version. This encourages Joomla 3.0 to step up with the use of Louis Landry's JFeed, which is claimed to be simple, extensible and native Joomla contribute to the enhancement of feeds generator in a better and powerful way that Simple Pie wouldn’t allow.

18. Non-supported vs. A new PostgreSQL driver is included

You are now able to run your Joomla 3.0 site using PostgreSQL database which further makes the platform ”database independence" for the very first time as it is only integrated with MySQL & SQL server by default.

Surprisingly, Joomla 3.0 allows administrative users to create and save blank articles. This feature strives for support users to create articles with even images only and no text content as needed.

Articles with no content will not be allowed to save in Joomla 2.5

No worry! Saving blank articles are NOW acceptable with Joomla 3.0

Unit testing is aiming for testing small chunks of code (or we can call them units) on the lowest level possible, usually are methods without including any other classes or methods, to ensure those methods are working as expected. The old unit test was untouched sometimes between version 1.6 and 1.7 which suited the PHPUnit version 3.4. With the updating of CMS version Joomla 3.0 which requires the minimum of PHP 5.3.1 as a minimum version, the new unit test will be developed to prevent backward compatibility from being broken and other cases as necessary (e.g security problems). The Unit test has set its goal to automate the testing process and achieved 100% unit test coverage for the CMS library classes. Details on the phases of the unit testing for Joomla 3.0 can be found at Unit tests for CMS Working Group.