Today, we have released new version for JA K2 to Com_content migration - version 1.0.3 with new feature of option to remove migrated content. Here are the details: 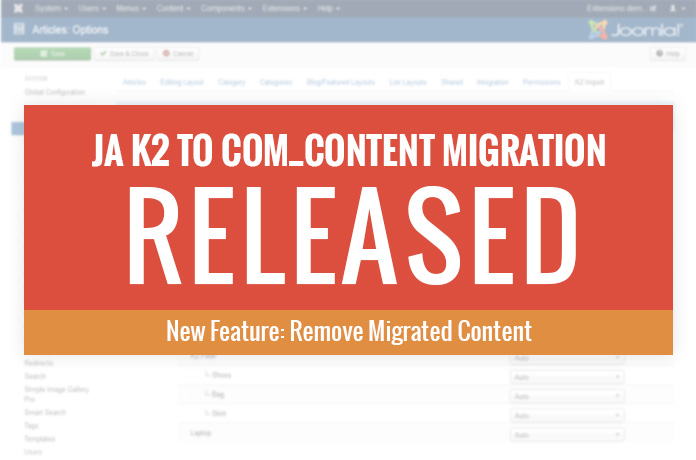 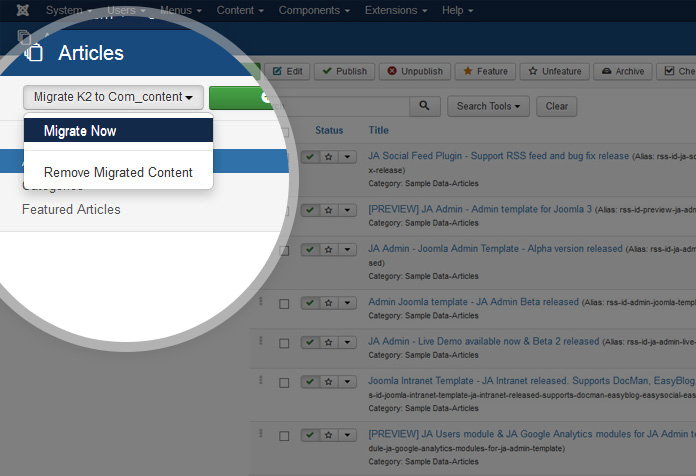