T3v3 Framework Beta 2 was released on last Saturday (Oh yes, we got too excited and worked the extra hours on the weekend). This version is more than just bug fix release, it's an improvement release. We have gone bold and taken this chance to redo the layout configurations, so as to make it easier for you guys in styling your template’s layout. 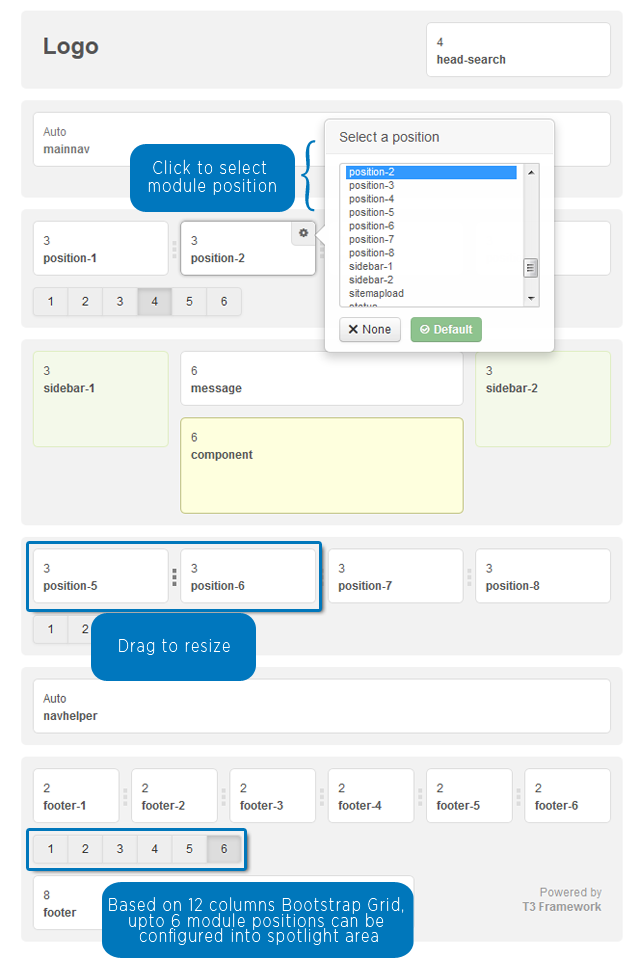 The new Layout Configuration for T3V3

Layout configuration has always been one of the toughest issues that we had to tackle with during the framework developments for the past few years. While we are striving to improve its UX so as to make it developer friendly and should provide maximum flexibility for advanced layout configs, we also have to take into consideration the ease of use toward new Joomla user.

Other than the Layout feature, there are other bug fixes and improvements as well:

Adding to this, there is going to be a brand-new and refreshing feature: The Visual Administrator Tour, coming up in the upcoming version for T3V3. This new feature will quickly take you on a insight tour of T3V3 back-end and all the new features that are included in it. A quick peek into the tour:

Start the tour with Help 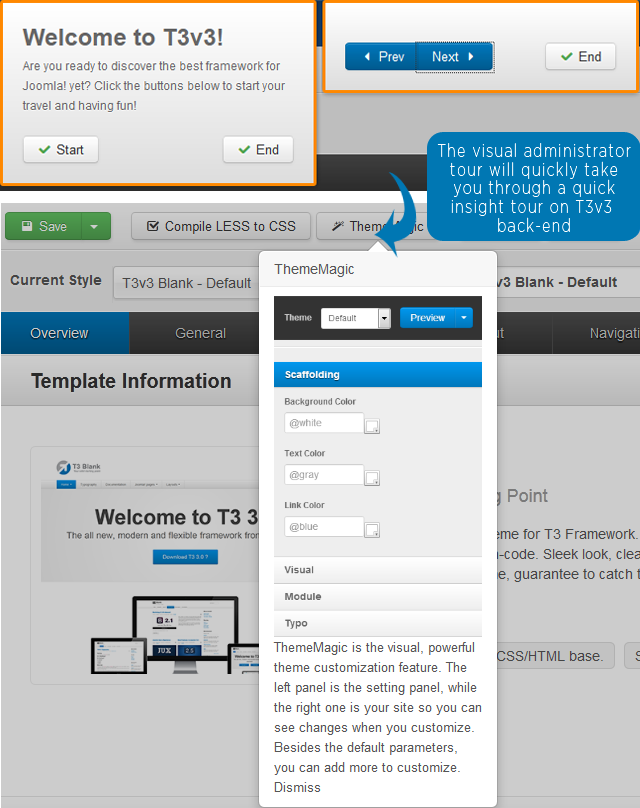 Take the quick tour around the T3V3 administrator back-end

What do you guys think about these features? Would it be a big help?

We hope so, share us your ideas on the comment area below! Meanwhile, stay put for the next release.